As part of the UNC-Chapel Hill Falls Lake study, researchers are looking at a number of different water quality issues in the Falls Lake watershed. One of those issues is the potential for the development of toxic algae in the lake. A research team at NC State University is leading this work to monitor for toxic algae in Falls Lake.

“The dynamics in Falls Lake are complex and often location-specific, but we will soon see if our findings indicate similarities with other systems.” 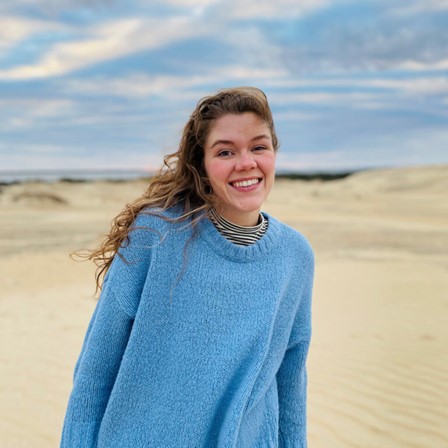 What are Cyanobacterial Harmful Algal Blooms (CyanHABs) and how do they impact water quality and water use (drinking water, recreation, fishing, etc.)?

Cyanobacterial Harmful Algal Blooms (CyanoHABs) are large growths of cyanobacteria that may be associated with the production of cyanotoxins that can harm human or environmental health. There is still more research needed into how toxins may affect wildlife in aquatic systems, but there have been documented cases of measurable cyanotoxin concentrations in the tissue of fish, invertebrates, and birds following bloom events. Additionally, CyanoHABs can cause fish kills when the algae bloom dies and degrades resulting in a low oxygen environment that suffocates fish. Fortunately, the state’s water treatment facilities have robust procedures in place to test for and remove cyanotoxins during drinking water production and before the water is dispersed to residents.

What are the most effective methods for reducing cyanotoxins in Falls Lake?

Falls Lake is a moderately eutrophic system, meaning the amount of algae in the system is often above what the EPA deems a healthy amount. Moderately eutrophic systems are projected to experience an increase in cyanobacterial activity due to factors associated with climate change including increased lake temperatures. Many studies show that reducing nutrient inputs is an effective strategy to limit cyanoHABs.

This past summer, there were reports that algae blooms in Jordan Lake caused severe illness in dogs, resulting in a few deaths. Is this true? How big of a concern is this for those who recreate in Falls Lake?

Our lab group partnered with the Division of Water Resources within the NC Department of Environmental Quality and determined that the three major algal toxins in Jordan Lake were below the detection limits of our test, and thus there is inconclusive evidence that the dog deaths were caused by algae or their associated toxins. Falls Lake and Jordan Lake are different systems with different inputs and nutrient loading situations; therefore, it’s difficult to extrapolate how the events in one reservoir may indicate risks in the other.

Monthly monitoring of sampling sites throughout Falls Lake has not returned cyanotoxin concentrations above the EPA safe drinking water or recreation thresholds, nor have they reached values associated with pet deaths. I would advise everyone to follow the guidelines from the NC Department of Health and Human Services, “when in doubt, stay out.” If water or the surrounding shoreline contains algal scum or mats, appears an unnatural color such as bright green or red, or shows signs of dead wildlife, there may be an algae bloom occurring. Algae blooms should be reported to the Division of Water Resources through their website.